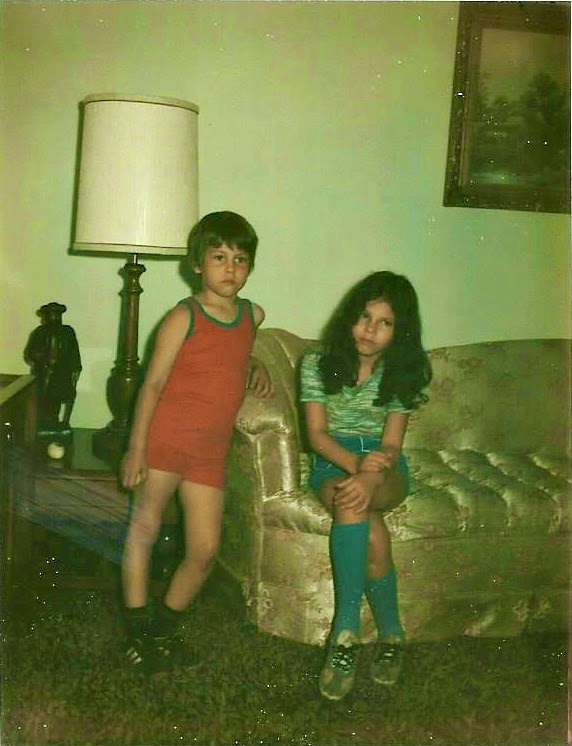 Last weekend while Tim was away on a business trip, I picked up some movies from the library to watch with the boys.  One of them was Disney's "The Kid," starring Bruce Willis.  I had seen it quite a few years before, and I remembered thinking it was a good movie.  When I saw it in the stacks I couldn't resist.  So with the picnic blanket spread on the floor, popcorn and drinks close by, the boys and I settled in to watch.

"The Kid"  depicts one of those "what if" scenarios that comes to life for a very successful image consultant.  It tells the story of a man who seemingly has it all who is visited by his eight year old self, someone whom he has worked very hard to forget.  As the story unfolds, this man discovers that "having it all" isn't the same as being the person he dreamed of as a kid, and that the things we have or the status we occupy does not equate with true success.  Furthermore he discovers that the eight year old boy he was (and the one that is still hiding inside) needs some wisdom that he alone can give.

The movie leaves the onlooker with a poignant question to consider:  If you had the chance to talk to your eight year old self, what would you most want to say?  What does that eight year old most need to know about his or her world that you alone can share?  It's given me opportunity to consider what I would say to my own eight year old self, the one that still shows up from time to time as I navigate through life.

I turned eight in 1980.  Ronald Reagan had just been elected president.  I often went around singing the song floating around my school about Jimmy Carter to the tune of the Oscar Mayer song, not because I knew anything of politics, but because its what all the kids were singing:

Probably the first thing I would say to that eight year old is that you can't believe the playground songs.  I still know next to nothing of politics, but I do know that Jimmy Carter is a man who tries to live out his faith in practical ways.  He has dedicated himself to making a difference for others, especially those who do not have access to the resources many of us enjoy.  His work with Habitat for Humanity exemplifies his selfless dedication.

Just like Jimmy Carter was the president nobody wanted, I was the kid in class that teachers dreaded.  I cried a lot as a kid.  Partly that's because I'm wired that way.  A lot of it was because my Dad was gone from my life after my folks divorced.  And even though my mother remarried to a wonderful man, the rift in my spirit was deep.  I walked around dazed and heartbroken most of the time.  When I was seven I was diagnosed as a border-line dyslexic.  I didn't really understand what all it meant, except that learning happened so slowly.  What other children could do in minutes seemed to take me hours.  I was the awkward, shy girl who cried all the time, was painfully slow, and could not grasp basic concepts like reading and arithmetic.  In third grade, students who did not finish their work did not get to play outside at recess.  And if they still didn't finish their work, teachers paddled.  I was often embarrassed by the tears I could not stop and humiliated when each day, each class, there was work I could not finish.


This week as I led chapel for my preschoolers, I told the story of Samuel anointing David as the new king of Israel (I Samuel 16:1-13).  Samuel was drawn to the oldest of Jesse's sons saying to himself, "Surely the Lord's anointed is now before the Lord."  God's response to Samuel's assumption is pointed:  "Do not look on his appearance or on the height of his stature, because I have rejected him; for the Lord does not see as mortals see; they look on the outward appearance, but the Lord looks on the heart."  Good words to live by when we are tempted to sing common playground songs and tempted to believe conventional wisdom.  I've learned that it takes a whole lot of faith to see things God's way.  This is so true as we respond to the world.  It is harder still as we learn to see ourselves through God's eyes.

I can feel the awkward struggle in my spirit as I imagine what it would be to stand in the presence of that girl.  Just like Bruce Willis struggled between wanting to dismiss his former self and wanting to improve his former self, I feel the tension within as I think back to the girl that I was.  The neediness, the helplessness, the sadness are all things I've tried to separate myself from over the years.  But I sense that she needs to hear words of hope and life that I alone can share, because I alone know the story that makes her who she is.  Speaking words of faith and hope, this is what I want to say:

God has a plan for all those things you don't like about yourself.  What you would have discarded in an instant, so that you could be like everyone else, God kept around for a reason.  Your tears are gift.  Because you are so inescapably familiar with your own pain, the pain of others does not scare you.  You can feel what they feel, you can share the burden of their heartache.  And because grief and heartache will not destroy you, you can be a testament to others of how God's strength can be make perfect in weakness.  So see, your weakness isn't a bad thing after all.

You are beautiful just the way you are.  You hate your slowness.  You hate how everyone disregards you because of it.  You feel overlooked and discounted.  But you are slow by design.  You are not dumb; you are not stupid.  You have an intuitive kind of intelligence that perceives what others miss.  You see what others are blind to.  What you sense brings clarity and light to difficult situations.  You take your time to know things, but this extra time sifts through what is false and what is true.  So when you know, you know for sure.  And because you need, and take, the extra time to look, you see God's hand where others may not.  God works through this in you.

Your differentness will make a difference others can't make.  You feel deeply, and even though it takes a while, you learn well; the lessons life teaches penetrate into the core of who you are.  God has crafted you especially as a vessel of His compassion and wisdom.  To be an "old soul" walking around in an eight-year-old body is not a bad thing.  As the years pass you will see how God works through all the things you think are wrong about you.  You will be gentle because you know what it feels like to be treated with severity.  You will be encouraging because you know how empowering it is to know someone else values you.  You will be kind because you know the damage harsh words can cause.  And you will see easily the brokenness of others that hides in plain sight.  When others are not equipped to speak a word of hope to a broken soul, God will send you.

These are the things I want to say.  Gosh, after all these years, it is still hard to really receive them, to let their truth seep into my soul and do its healing work.  But I think of other eight year olds who may need to hear just these things.  God has opened up a door for me to volunteer in an under-resourced part of town through The Foundry Christian Community Center.  On Monday afternoons I show up to help with their afterschool program.  I can't help but wonder what if.  What if someone could have been there in this way for me?  What I do know is it is my way of giving giving back to the eight year old kid inside.  So she can see none of her tears were wasted.
Posted by Sami Wilson at 10:34 AM No comments:

Sami Wilson
Kentucky, United States
I am a preacher girl. In 1998 I entered full-time ministry. This ministry journey has taken me all kinds of places. I’ve served as youth minister, associate minister, and campus minister. I’ve worked with senior adults, teenagers, college students, and children. But the deepest calling of my life has been to the very ordinary job of being a mom. In 2011 God moved me out of full-time minsitry and into a place where I could give my whole heart to mothering three very active boys. But I'm still the preacher girl. Over the last few years God opened a door that led me to a ministry of preaching to pre-schoolers. Each week I share God's Word in the most lively way possible. And it often feels like all those other years of experience have been preparing me for this. So I am laboring in the fields of my own family and among the smallest of the small. I am still the preacher girl who sees God’s WORD alive in every bush. It’s just that following those burning bushes have taken me on a much less traveled road. Welcome to the journey. It is certainly joyful, kind of messy, a little outrageous, and definitely full of Grace.